Elder Abuse: How To Spot And Stop It
Rebecca Joy Stanborough |15 March 2022 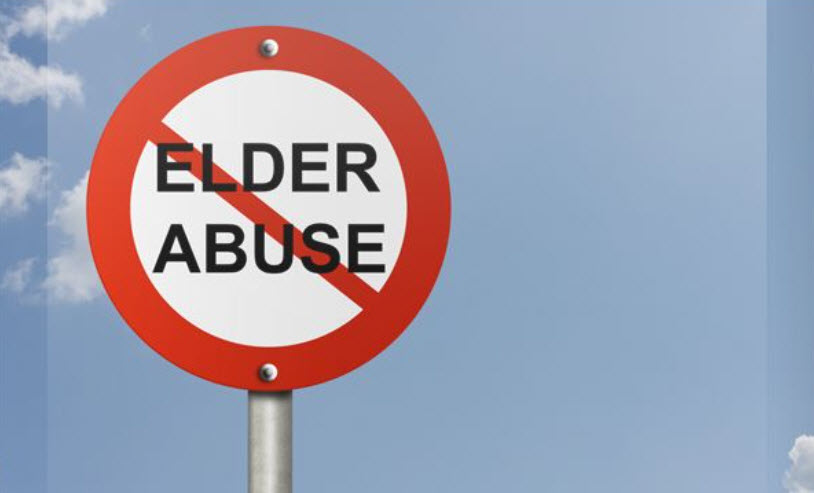 In the United States, elder abuse in all its forms is becoming more common as the population ages. It’s more common in nursing homes and care facilities, according to a 2018 study. But it can happen anywhere, including in your own home.

To protect yourself and the older adults in your life, get to know the warning signs of abuse and learn where and when to report suspected abuse.

What is elder abuse?

Elder abuse is any act that harms older adults. The harm can take many forms. It can be carried out by relatives, financial advisors, caregivers, spouses, or anyone else who interacts with someone who is older. Sometimes, older adults can even neglect or harm themselves.

The National Council on Aging reports that 1 in 10 adults over 60 years old has experienced abuse. Abuse may raise the risk of death for older adults by 300 percent.

Some experts suggest that elder abuse isn’t often reported. That could be because those involved feel shame or fear about reporting. Some may be unsure how to report abuse. Some may be confused about whether what is happening qualifies as abuse. In some cases, abusers prevent older adults from reporting abuse by isolating them or destroying computers or phones that they could use to seek help.

It’s important to know that elder abuse doesn’t go away on its own. Someone usually has to step in and put a stop to the mistreatment.

What are the types of elder abuse?

Elder abuse can occur in many forms. Understanding the types can help you spot the signs and help individuals escape elder abuse. Individuals who experience elder abuse are often affected by more than one type. According to the National Center of Elder Abuse, the types of elder abuse include:

What are the signs of physical abuse?

Physical abuse is using force in a way that causes pain or injury to an older adult. If someone tells you they’re being abused, take the report seriously. It’s also important to notice if caregivers don’t want you to be alone with a person in their care, or if they require lots of advance notice before you visit.

Look for these signs of physical abuse:

What are the signs of emotional elder abuse?

Emotional abuse can be harder to spot than visible clues like bruises and broken bones. But emotional abuse can be even more devastating to vulnerable older adults. If you hear a caregiver or family member dismissing an older adult’s concerns, or isolating, controlling, belittling, antagonizing, or yelling at them, find out more about what’s going on.

Here’s what to watch for:

If an older adult tells you a caregiver or family member is cruel or emotionally abusive, take the report seriously. No one should have to live with emotionally damaging treatment.

What are the signs of sexual elder abuse?

Sexual abuse is any type of sexual contact that happens without consent. An inherent power differential and its impact on consent are also involved in sexual abuse, and it can happen in any setting. If an older adult tells you they’ve been sexually assaulted or touched in an inappropriate way, take the report seriously and get help.

Look for these warning signs:

What are the signs of financial elder abuse or exploitation?

Financial abuse is when someone uses an older adult’s money, assets, benefits, credit, or property without their understanding and consent.

What are the signs of neglect?

Neglect is when someone responsible for the care of an older adult withholds the food, water, care, medication, or supplies they need. Unsafe environments are also considered neglectful.

If someone tells you their needs are being neglected, take the report seriously. Without proper care, chronic health conditions can get worse and older adults may be at risk of early death. Here are some signs to watch for:

What are the signs of abandonment?

Abandonment occurs when a person who is responsible for providing care for an older adult or who has legal custody of them deserts that adult.

Signs of elder abandonment include:

How to report suspected elder abuse

Intimate partner violence and family violence can happen to anyone. People of all ages, genders, races, religions, and financial statuses can experience abuse from spouses or others in close relationships.

If you suspect that someone you know is experiencing domestic abuse, report it to one of the following organizations:

How to help prevent elder abuse

Who is most at risk?

Any older adult who relies on others to help them with daily activities is at risk of elder abuse. Researchers have identified a higher risk of abuse among:

The CDC reports that men have a higher risk of experiencing violent assault or homicide than women.

The risk of elder abuse is higher when caregivers:

Researchers found that abuse happened more frequently right after events like these:

A 2018 report by the National Center on Elder Abuse states that Black Americans have a higher risk of being financially exploited and psychologically abused.

However, the study also points out that Black Americans may be protected by a sense of family loyalty, spirituality, and community, along with respect for older adults and mothers.

Elder abuse can sometimes happen when caregivers are stressed or overwhelmed by the demands of looking after older adults. Caregiver stress is not an excuse for abuse or neglect.

It’s important for people in professional or personal care roles to take care of themselves so they don’t burn out or become resentful, which can in some cases lead to neglect or abuse.

For tips on how to care for yourself if you’re feeling burned out on caregiving, read this.

Elder abuse and neglect can lower quality of life, worsen chronic health conditions, and even threaten the lives of older adults. Few cases of elder abuse and neglect are reported, so it’s especially important to pay close attention to warning signs of physical, emotional, financial, or sexual abuse.

If someone you know tells you they are being abused, or if you spot signs of abuse, don’t take a watch-and-wait approach. Report the abuse to someone who can protect the older adult experiencing the abuse.