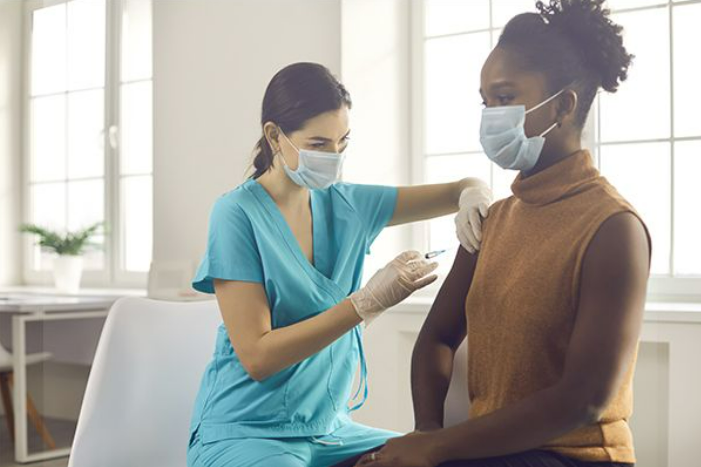 U.S. employers could require all workers physically entering a workplace to be vaccinated against Covid-19, the federal government said Friday.

However, in some circumstances, federal laws may require the employer to provide reasonable accommodations for employees who, because of a disability or a religious belief, aren’t vaccinated. For example, the EEOC said as a reasonable accommodation, an unvaccinated employee entering the workplace might wear a face mask, work at a social distance or be given the opportunity to telework.

The new guidelines also say that federal laws don’t prevent or limit incentives that can be offered to workers to voluntarily take the vaccine. And employers that are administering vaccines to their employees may also offer incentives, as long as the incentives aren’t coercive.

The updated guidance is intended to answer frequently asked questions, EEOC Chairwoman Charlotte Burrows said in a statement. She said the agency will continue to update and clarify its assistance for employers.

The commission is an independent, bipartisan agency that enforces workplace civil-rights laws. The five-person body is led by Ms. Burrows, a Democrat whom President Biden elevated to the top position. It also includes three Republican members nominated by former President Donald Trump.

Some employers have offered bonuses to workers who take the shot. For example, retailer Dollar General Corp. is offering four hours of pay to those who take the shot, and Bolthouse Farms, a maker of juices and salad dressings, said it would pay $500 to full-time hourly workers who get Covid-19 vaccine. Retailer Trader Joe’s, delivery service Instacart Inc. and meat producers Pilgrim’s Pride Corp. and JBS USA Holdings Inc. said they would give vaccine incentives.

The EEOC said employers may provide employees and their family members information about the benefits of vaccines and how to obtain them. It noted the vaccines are available free of charge.

The guidance comes at a time when more employees are returning to work sites, and separate federal agencies have said mask wearing isn’t required for vaccinated individuals.

Edwin Egee, vice president for government relations and workforce development at the National Retail Federation, said he didn’t know of any NRF members that had mandated vaccines, and he didn’t expect that to change much, if at all, based on the EEOC guidance. Instead, he expects the guidance to help employers encourage workers to get vaccinated.

“A lot of them have already done it in the absence of guidance, but today’s guidance clearly gives them legal clarity to go forward,” he said.

The EEOC, on its website, said it has received many inquiries about vaccine requirements, including concerns that the three vaccines used in the U.S.—from Johnson & Johnson, Moderna, and Pfizer -BioNTech—were granted emergency use authorizations as opposed to fuller approvals. The agency said decisions around whether the level of authorization creates a legal issue is “beyond the EEOC’s jurisdiction.”

The agency added that “because some individuals or demographic groups may face greater barriers to receiving a Covid-19 vaccination than others, some employees may be more likely to be negatively impacted by a vaccination requirement.”

Marc Freedman, vice president of employment policy at the U.S. Chamber of Commerce, said the guidance should also help ease individuals’ fears about returning to the workplace.

“To the extent that employees are concerned that coming back to the workplace will put them at risk of getting Covid-19, anything that helps an employer get more employees vaccinated will help make the case that the workplace is safe,” Mr. Freedman said.

Mr. Freedman was pleased the EEOC had clarified that employers can offer vaccination incentives without confronting legal issues. But, he said, the EEOC’s guidance also said that incentives are acceptable as long as they aren’t “coercive”—a term whose meaning, Mr. Freedman said, wasn’t clear.

That could “expose employers to challenges from employees who don’t wish to be vaccinated.”

Many employers are reporting difficulty hiring workers for open positions. Whether the vaccine guideline will impact that labor shortage depends on how many employers require vaccinations, and how much unvaccinated workers mind it if they do, said Adam Ozimek, a labor economist at Upwork Inc., a platform that connects businesses and workers for freelance projects.

A lack of available workers could make employers in certain sectors hesitant to make vaccine demands, and also could make workers confident in finding another job if they don’t like the requirement, he said. But he added the most important impact, for the economy more broadly, “would be if employers require vaccines and this helps to get more people vaccinated, because that would help end the pandemic faster.”