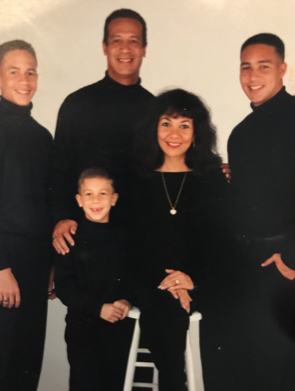 Happy Valentine’s Day! Today is the day to celebrate special relationships and show our appreciation to those that have positively affected our lives in one way or another. We figured the timing was right to share the story of J.D III and his wife Alyne, better known as Pepper, and their journey of raising 3 sons who all chose to follow in their father’s footsteps.

Exactly 49 years ago, on this very date, J.D III got engaged to his wife, Pepper. They moved to Stuart in 1976 with nothing but their hopes and dreams and J.D took up a place at a local law firm. After about 6 years, J.D made the bold move to open up his own firm. He had a small space that he rented (with just 2 rooms). Pepper was his secretary, office manager and whatever else that was needed. They kind of grew up together and worked the business together and they parented 3 handsome boys who all grew up to continue J.D’s legacy by joining the legal profession. 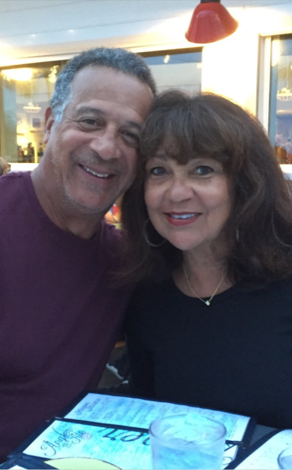 If you ask moms who have sons only what the experience of raising them was like, you’d probably get some mixed answers, with some saying it was totally exhausting and others saying it was a dream. For Pepper and J.D, it was definitely a dream. Pepper revealed that her sons never gave her any trouble growing up, and for that, she considers herself extremely fortunate. Both she and J.D focused on instilling good values in them. In raising them from little kids, Pepper always said to them “treat people the way you’d want to be treated. If you live your life like that, treating people with kindness, like you’d want somebody to treat you, then you’ll be okay.” She also stressed the importance of always being truthful.
“When it comes down to choosing between right and wrong, always choose right and everything will work out.” - Alyne Lewis

This is a sentiment she has always felt deep inside and any opportunity she had to say this to them, she would. And if they were ever wrong, she would be the first one to tell them. Throughout their entire lives, the boys have always listened to what their parents had to say and 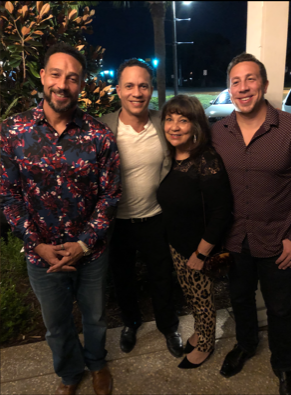 Caption: Pepper with her sons.

Despite both being involved in the legal industry, becoming a lawyer was never something that Pepper or J.D pushed on their sons…that decision was all theirs. For J.D IV and David, the decision was a pleasant surprise. Pepper describes J.D IV as having always been “a people person” and he was involved in sports all his life through college. For J.D and Pepper, having their firstborn choose to follow in his father’s footsteps was something extremely special. J.D IV has always been a good person, with a lot of friends everywhere and Pepper felt that he could do a lot of good in the community. Growing up, Christopher always indicated that he wanted to be a lawyer and so it was no surprise that he stayed true to his word. Pepper and J.D consider all of their sons to be good attorneys, who all still try to be involved in their communities. They are both very proud of them and the direction their lives have gone in.

J.D III and Pepper have always had a close relationship and they’ve always worked together for the benefit of the office and the community. They were both heavily involved in organizations all over town until their youngest (David) started attending school, at which point Pepper decided to take a step back and pay more attention to him, his school activities, and driving him here and there for practices. It is truly unique that the Lewis family have all developed a similar dedication to helping others and their community through their legal expertise. If you’re ever in need of legal advice or help, do not hesitate to contact this top law firm on the Treasure Coast.