How To Support Black Lives Matter, Wherever You Are
Time Out Editors |03 July 2020 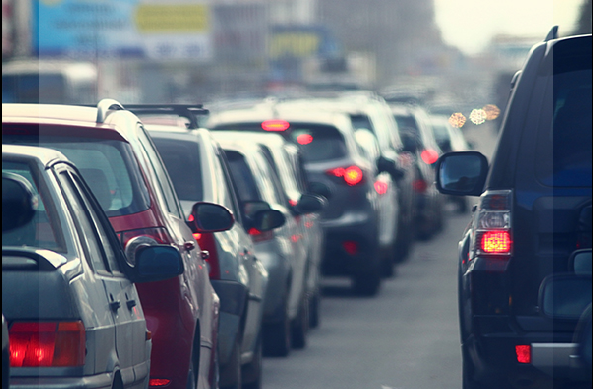 On May 25, a black man named George Floyd was killed in the US city of Minneapolis. Footage showed police officer Derek Chauvin kneeling on his neck for almost nine minutes, while Floyd repeated ‘I can’t breathe’. Chauvin has since been charged with murder, with three more officers who were present charged with aiding and abetting the killing.

Floyd’s violent death at the hands of the police triggered protests, first in Minneapolis and then in more than 200 American cities – with solidarity demonstrations taking place across the world. The protests have brought Black Lives Matter, a decentralised movement founded in 2013 in response to the killing of Trayvon Martin and other black Americans, back to prominence. Now people of all races, living in dozens of countries, are looking for ways to help.

Whether it’s by donating money, attending protests, educating yourself or amplifying the voices of black people, there are many ways to support the global struggle against racism – no matter where in the world you are. Below, you’ll find just a few. This isn’t intended to be a comprehensive list, and we’ll continue to add to it as events evolve.

Time Out (currently Time In) believes that equality and justice should be keystones of life and progress in the cities we cover. We express solidarity with everyone fighting injustice across the world, and we’ll continue to document the protests and to suggest how our cities can get involved and show support. Respect and peace to those taking a stand.

1. Donate to causes that need funding

Following the death of George Floyd and the protests across the USA, a number of fundraising drives have been set up to support Floyd’s family, bail out protestors who have been arrested and support the wider Black Lives Matter movement. Some, like the Minnesota Freedom Fund, have raised huge amounts of money and are now redirecting donations to other organisations. Here are some US organisations that you can fund right now to support black people and help the fight against racism.

National Bail Fund Network or local bail funds across the US

The stock donation tool Cocatalyst has pledged to match donations to a range of charities through to the end of August.

We’ve also rounded up local initiatives based in Los Angeles, NYC and Chicago.

Beyond the USA, there are plenty of organisations campaigning against racism around the world. In the UK, you could donate to the Stephen Lawrence Charitable Trust or Stand Up To Racism, campaigning for racial inequality, or the Green & Black Cross, which provides legal support to protestors and activists. We’ve rounded up some anti-racist charities and organisations doing amazing work in London.

Throughout history, public protests have been crucial to the visibility and success of civil rights campaigns – from women winning the vote to LGBTQ+ rights. With mass public gatherings still banned in many countries, it may seem difficult to take to the streets right now.

But many protests are still taking place, with social distancing and mask-wearing encouraged. And some acts of protest are being arranged that don’t need you to go any further than your doorstep, like online vigils via Zoom that you can join from anywhere in the world.

If you are going to make your voice heard, especially in the US, here’s what you need to know before you go out to protest. We’ve also asked an expert how to protest while staying physically distant from others.

There are a number of petitions circulating in the wake of George Floyd’s killing, and you can add your name now. #JusticeforFloyd and Justice for George Floyd are demanding that all officers present at Floyd’s death be arrested and charge with murder.

There are also petitions calling for justice for Breonna Taylor, Ahmed Arbery, Belly Mujinga and many other black people killed in the past months. Two useful Google Docs include links to many more petitions and resources: find them here and here.

Wherever you are, you can support political movements and parties that are campaigning against racism. In the USA, Black Lives Matter is running a ‘register to vote’ campaign ahead of the 2020 presidential election. You can also use this tool to find and contact your local congressional representative.

In the UK, you can find out your local MP’s record on racial issues using the TheyWorkForYou website. It also offers an easy, free way to contact your MP so you can ask them to take action.

From the original #BlackLivesMatter hashtag to the social media blackout of June 2 2020, online campaigns have been one of the most effective ways for people to show support and raise their friends’ and followers’ awareness of the anti-racist movement. You could post links to resources or fundraisers, state your support and solidarity, and share anything that you’ve found helpful.

You should make sure to prioritise black people’s voices and not speak over anyone with actual, lived experience of the issues at hand. Also, try not to use the #BlackLivesMatter hashtag for simple expressions of support, as it’s used by activists to share vital information.

6. Get clued up about the anti-racist struggle

If you’re not black, one of the most important things you can do right now is to learn something about the situation. Read up on why people are protesting. Check out the many links being posted on social media about police brutality, racial inequality and historical injustice in the USA, the UK and other countries. As well as speaking out, take some time to listen and absorb the stories and messages coming from the black community.

(Just one thing: unless they offer, please don’t ask your black friends or people you follow on social media to spend their time helping you learn about this stuff. There are plenty of resources out there and Google is your friend.)

Think about your own prejudices too – what your emotional responses are to the current protests, and how the ways you’ve learned to behave over the years might affect how you treat the black people in your life.

If you’ve got kids, think how you could educate them differently: here are four children’s books celebrating racial diversity and inclusion, and here are some tips and resources to help you talk to your kids about race, justice and equality.

If you want to help people at an individual level, the best way to start is by supporting black people’s creative and business endeavours. Employ and promote black people; buy their books, music or films; donate to their Patreon pages; amplify their voices by sharing or retweeting; and patronise their shops, restaurants, cafés or bars.

We have handy guides to black-owned businesses in NYC, Miami, Chicago, Los Angeles and London. There’s also an app to help you find black-owned restaurants in 13 US cities.