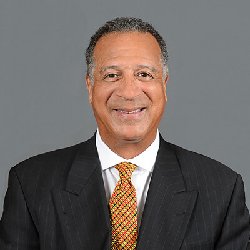 Being able to positively affect people’s lives in moments of crisis is the motivating force for JD Lewis III, Esq., the Senior Partner in the law firm of The Lewis Law Group, P.A. His law firm has provided outstanding legal services to Florida’s Treasure Coast for over 40 years. “Our firm’s wide range of expertise in the legal fields of Personal Injury, Wrongful Death, Employment Law, Commercial Litigation, Medical Malpractice and Criminal Defense has been duly proven during the four decades of service.” - JD Lewis III, Esq.  In this article, we explore the man behind the firm.

J.D. Lewis, III, Esq., attended JW Ligon High School in Raleigh, North Carolina where he received an invitation from the University of Pittsburgh to play football for them on scholarship.  He graduated from Pitt in 1971 and later graduated in 1974 from North Carolina Central University in Durham’s law school. He then moved to Martin County and subsequently started his law practice on Florida’s Treasure Coast in 1975. Alluding to his love for the legal profession, Mr. Lewis said, “In regards to my passion for the legal profession, early on in choosing a profession I wanted to choose one that I felt I had a direct impact on actually helping people. Usually when people come to a lawyer they are in a crisis situation.  So, it is a job where I can directly affect the outcome of people's lives”. From day one, JD (as he is affectionately known in the area) knew he wanted to be a trial attorney specializing in personal injury/wrongful death, etc. In explaining his interest in this particular area, JD said,“The average person that has an issue with a personal injury or anything involving an insurance company is at a distinct disadvantage in trying to deal with the insurance company themselves. The insurance company has experts to represent them.  Therefore, the average person needs an expert also. Early on in my practice I realized that having insurance was a necessary evil.” As such, JD sought to position himself as an advocate for those in need and remained true to what he describes as “his life’s calling”.

While he has an ingrained interest in helping others and a proven track record in successfully doing so , JD speaks highly of his father’s influence when it comes to his principles and values. “The main person that influenced me was my father.  Growing up in the 50's and 60's it was very unusual for an African American to have their father in the same household.  My father instilled in me morals that I'm able to use every day in helping people in a society where basic morality is eroding.” He also highlighted the impact growing up in a segregated community in North Carolina had on him. He realized at a young age that education was the key for his future success and his family and faith empowered him to believe that he could accomplish anything he wanted to in life.

For J.D. Lewis, III, Esq., he always takes great pride in extolling what he calls one of his greatest accomplishments...the fact that his sons are also following in his footsteps. He explained, “I feel my biggest accomplishment was being in the type of profession that my sons wanted to be in.  I never forced any of my sons to become lawyers. They thought enough of me and the way I carry myself as a lawyer to make them want to be attorneys also.” His two sons J.D. Lewis, IV, Esq, and Christopher T. Lewis, Esq., are both practicing attorneys at The Lewis Law Group, P.A.  Like his father, JD has led the way with his sons, and clearly in this family...all the apples are falling very close to the tree.

One of the main goals of our firm, according to JD, is for each attorney and staff member at The Lewis Law Group, P.A. to give the utmost personal attention to clients and help them in their time of legal crisis. “As firms grow, there is a tendency for lawyers to have less contact and availability with their clients.  It is our goal to always meet our new clients in person when they first come into the office and to make ourselves fully accessible to our clients, which is rare nowadays in most professions,” he emphasized. All of the firm’s personal injury cases are taken on a contingency fee basis. This means if the Attorneys do not prevail, clients will not be charged for fees or costs!  JD Lewis, III, is conscientious and places a high value on the upkeep of good morals and standards. The same beliefs he has instilled in his family guide his approach to providing legal services to his clients. Over the years, JD has served on numerous volunteer boards including the Martin County Chamber of Commerce, the United Way and the YMCA. He was recently appointed to the Board of Directors for the Friends of Florida Main Street, Inc., a division of Historical Resources, Florida Department of State.  And that's just to name a few, the list of community support and involvement would require its own article.

The Lewis Law Group is innovative, passionate and client-driven! They are recognized as a great provider of outstanding legal service in the communities they serve.  Their attorneys are thoroughly familiar with the court systems in St. Lucie County, Palm Beach County and Martin County as well as the Fifteenth and Nineteenth District Courts. Considering the four decades of experience, if ever you need a trial attorney specializing in personal injury/wrongful death, etc., J.D. Lewis, III, Esq., is the guy to turn to!