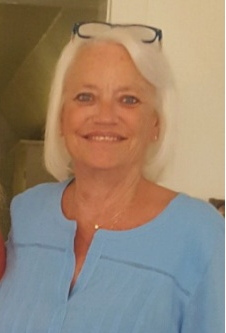 Susan Eilenberg received her bachelor’s degree from SUNY Empire State in Economics, with a minor in communications.  She spent many years running her own businesses, including retail, restaurant and the newspaper business. After running her own businesses for years and then having worked in the public defender’s office as an investigator and then for a private investigator, Susan realized she thoroughly enjoyed working within the legal field. When she was offered the Office Manager role at The Lewis Law Group four and a half years ago, she jumped at the opportunity.  This role was perfect in that it was within the legal field while allowing for her to be able to utilize her business experience.

Susan was certainly able to make a positive impact on the firm as she has helped cases to move along more smoothly. The office has been more streamlined as much of what used to be done with hard copies she now does electronically. She makes it a point to stay on top of requests for medical records and to make sure everyone gets what they need in a timely manner.  Being a part of the team that helps clients seek justice for injustices/ injuries they have suffered, is a very rewarding aspect of her job. For most people starting with a new company is always a bit of a challenge, but she was very pleased when the company’s CPA reviewed the records of her first year-end report as Office Manager and said things had never looked so good and also told JD Lewis III that “she’s a keeper!” Hard work definitely pays off!

Susan is very proud to be a contributing team member of The Lewis Law Group. The main thing that makes our practice stand out is the personal service clients get from this family owned and operated practice. The Lewis Law Group has been around for 40 years and is well connected in the community, always knowing where to look for whatever a client needs. Some law firms may be “larger” but that does not necessarily mean “better” when it comes to serving the needs of clients. Everyone pitches in to do whatever is needed to meet the needs of the clients, often going above and beyond. She also appreciates working for a company that treats its employees so well.

If you know Susan, it would be no surprise that she became an entrepreneur quite young (started her first business in her twenties).  She went on to become the first woman and also youngest Chairman of the Board of her hometown chamber of commerce in Rome, New York just a few years later. She was also one of the first two women elected to the Common Council shortly after her stint with the Chamber. Susan credits the diversity in her work interests for making and molding her into the person she is today. She really enjoys having met so many people from all walks of life and has come to appreciate that she is one of the lucky ones. Additionally, Susan is proud of the fact that her parents were very accepting people with a strong sense of right and wrong. She was taught from an early age the values of fairness, equality and honesty, - principles she’s maintained to this day. She’s also known for her great sense of humor! She tries not to take herself too seriously but does know when seriousness is important.  When Susan is not busy keeping things in order at the firm, she is often reading, travelling or spending time with her husband and friends. She loves to go deep sea fishing (when she can find someone to go with her). She’s also a fan of live music, the Syracuse Orange and the Miami Dolphins. So now that you’ve gotten to know Susan Eilenberg a bit better, feel free to contact her here should you be in need of her assistance.