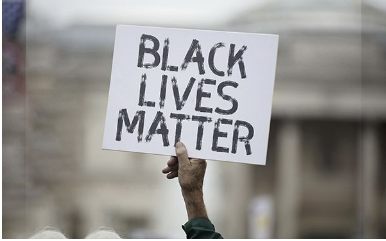 “The time is always right to do what is right.”- Dr. Martin Luther King Jr.

The hashtag #BlackLivesMatter started in 2013 and has now become a nationwide movement advocating for non-violent civil disobedience in protest against incidents of police brutality against African-Americans. It also includes the injustices faced by Black women and Black transgender women.

On May 25, 2020, George Floyd, a 46-year-old black man, was killed in Minneapolis, Minnesota, during an arrest for allegedly using a counterfeit bill. His death followed the deaths of Ahmaud Arbery and Breonna Taylor and countless others who have lost their lives to police brutality. George Floyd’s death, which was captured on video, sparked a new wave of protests across the country and reopened up conversations about violence and systemic racism against African-Americans.

These recent events stand like a large elephant in the room as we celebrate our 244th year as an Independent country. Our nation may be free from the rule of Great Britain for over two centuries now but sadly there are still shackles around the constitutional rights of minority groups. Ideally, we as a nation should not be bound by race or religion, but by the shared values of freedom, liberty, and equality.

The Lewis Law Group is a black-owned law firm that has been in existence for 40 plus years. We acknowledge the importance of our role as black professionals to lend our support to the Black Lives Matter Movement and our community as a whole.

“It seems like people are finally taking notice of things. Racism and police brutality in America are very real problems and have been ignored for too long. Historically, it seems like people don’t want to address the actual issue but are quick to change the narrative of what the Black Lives Matter Movement really is. Some have even made this a political point, which is unfortunate.”- Christopher T. Lewis, Esq.

Racial discrimination has caused a lot of civil unrest in the black community and our lawyers agree with the need for change through protests and opening platforms for dialogue and education. However, all violent behavior and looting is something we strongly disagree with.

“The violence devalues the purpose of the protests. This makes racism go full circle and can make the police seem justified in their actions. Now we are forced to have the conversation and really take it seriously as racism is rampant, especially in the criminal justice system. People who are peacefully protesting are doing what needs to be done by taking their stand under our constitution. However, protesters are walking a fine line having to balance emotions while keeping focus on trying to maintain the high value of the cause... which is paramount.”- J.D. Lewis, IV, Esq.

As Black Americans, we too would like to see a change in our country. We believe that all lives do matter however simply stating that entirely eludes the point.  Everyone believes all lives matter, but it has to be acknowledged specifically that Black people are twice as likely to be killed by a police officer while unarmed, compared to a white individual. According to a 2015 study, African Americans died at the hands of police at a rate of 7.2 per million, while whites were killed at a rate of 2.9 per million.

So what does change look like? Well, that starts by not using the phrase ‘all lives matter’ as it deflects from the importance of the issue at hand. Educating yourself on the history of African Americans and speaking up against racism goes a long way because as Dr. Martin Luther King Jr. said, “Our lives begin to end the day we become silent about things that matter.”

This Independence Day, let’s be more thoughtful of the issues at hand and actively work to become a better society for the well being of Americans. As our national anthem calls America “the land of the free”, may we strive to be like the great reformers, Abraham Lincoln and Dr. Martin Luther King Jr. and have our nation to live up to its ideal of “freedom”.