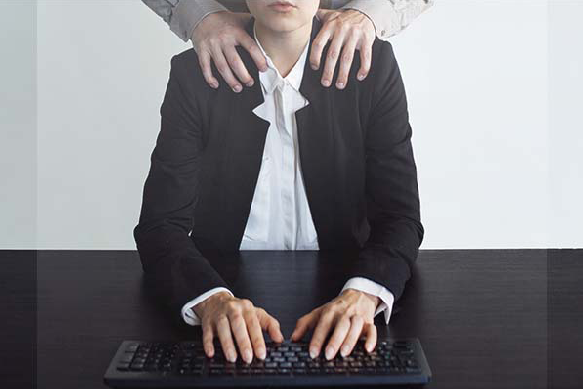 Here are some of the most common forms of sexual harassment in the workplace:

Unfortunately, sexual harassment in the workplace is a fairly common issue. The important thing to note is that the person being harassed HAS to let the company or employer know that it is unwanted behavior and it is simply unacceptable. As the person being harassed, you have to bear in mind that when you sue someone for sexual harassment you are not suing the harasser but you are suing the company. As a result, the employer of the company or the company itself has to be aware of the problem before you may have a potential cause of action.

Once the complaint is made, the employer has to take care of the problem. They have to investigate and make sure it does not reoccur. They do not need to suspend or fire anyone but they do need to make sure that the person who made the complaint is not retaliated against nor does the sexual harassment continue to happen. If you are an employer and you’re dealing with complaints about sexual harassment in the workplace and you want to know what your obligations are, we invite you to call The Lewis Law Group P.A for a consultation.

Many firms that do this type of work usually choose a side; representing either the employer or employee only. At The Lewis Law Group P.A, we represent both. We feel this gives us a unique perspective on how to handle these cases and we have learned through litigation and experience what's needed to be successful on both sides. As a result, we are the perfect choice regardless of which side of the coin you’re on. If you feel you might have a potential case of sexual harassment in the workplace on your hand, then be sure to give us a call!