Driving Under The Influence Vs. Intoxicated
Buddy T. |15 January 2020 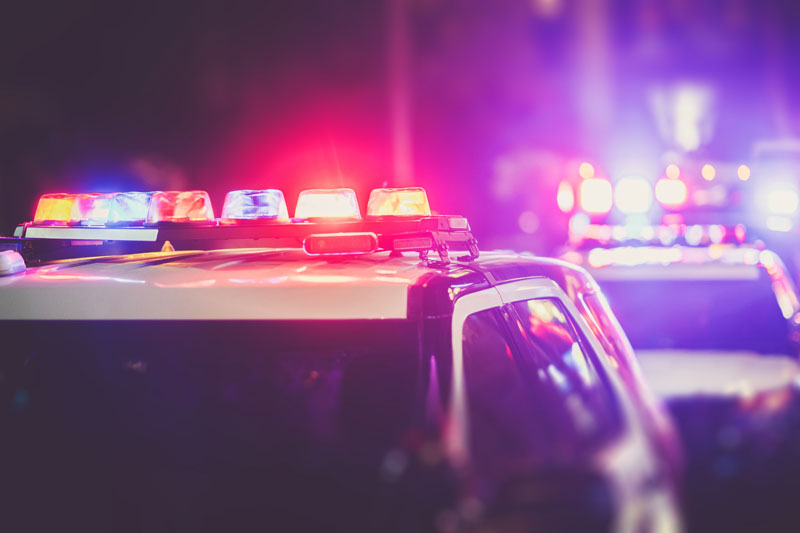 DUI is an acronym for "driving under the influence." DWI stands for "driving while intoxicated," or in some cases, "driving while impaired." The terms can have different meanings or they can refer to the same offense, depending on the state in which you were pulled over.

In any case, DUI and DWI both mean that a driver is being charged with a serious offense that risked the health and safety of himself and others. They can apply not only to alcohol and recreational drugs but also to driving when your prescription drugs impair your abilities. It's also important to understand that one is not worse than the other and that both can have a big effect on your life.

Use of Terms DUI vs. DWI Differ From State to State

Depending on state law, the two terms are both used to describe impaired or drunken driving. Some state laws refer to the offense of drunken driving as a DUI while others call it a DWI.

It gets tricky when states use both terms. Quite often, they will refer one to alcohol and the other to impairment by drugs or an unknown substance and the meaning can flip-flop from state to state. In some states, DWI refers to driving while intoxicated of alcohol with a blood alcohol content (BAC) over the legal limit, while DUI is used when the driver is charged with being under the influence of alcohol or drugs.1

In other states where both terms are used, DWI means driving while impaired (by drugs, alcohol, or some unknown substance), while DUI means driving under the influence of alcohol. It's best to check the definitions of the state you're in.

There are other acronyms for drunk driving. OUI, or "operating under the influence," is used in only three states: Maine, Massachusetts, and Rhode Island. OWI is an acronym for "operating while intoxicated" which is used in some jurisdictions.

The "operating" distinction encompasses more than just driving the vehicle. Even if the vehicle is stopped and not running, someone can be charged with operating under the influence.

Blood-Alcohol Concentration Isn't the Only Factor in Determining Impaired Driving

Any of these charges mean the arresting officer has reason to believe the driver is too impaired to continue to drive. In some jurisdictions, drivers can be charged with impaired driving (or driving under the influence) even if they do not meet the blood alcohol concentration levels for legal intoxication.1

For example, if you fail a field sobriety test or otherwise show signs of impairment, you can be charged with driving while impaired even if your blood-alcohol concentration is under the legal limit of 0.08.

If you appear to be impaired by the arresting officer, but your breathalyzer test shows that you are not under the influence of alcohol, he may suspect that you have been using drugs and this is impairing your driving ability. These include prescription and nonprescription medications in addition to illegal drugs. The officer can call a Drug Recognition Expert (DRE) to the scene—or he may be one himself—to perform a series of tests.2

If the DRE officer's multi-step evaluation process determines that you are indeed under the influence of drugs, you can be charged with DWI or DUI. The charge depends on what the state calls the offense of drugged driving.

Taking prescription or nonprescription medications can impair your driving ability. You are at risk of drugged driving charges even when you have not had a sip of alcohol.

Consequences of an Impaired Driving Arrest

No matter what the offense is called in your jurisdiction, if you are arrested for impaired driving, you will be facing serious consequences.

In most states, you will probably undergo an evaluation of your drinking or substance use patterns as well. Based on the results of that evaluation, you may have to take part in a drug or alcohol treatment program. That program could range from attending a few support group meetings like Alcoholics Anonymous to entering a residential treatment facility.

The Ongoing Effects of a DUI or DWI Conviction

When you get your driver's license back, you will likely need SR-22 insurance. This could double or triple your premiums, depending on the laws in your state. On average, you can expect to pay higher premiums for three years.

Also, depending on the state in which you reside, you may be required to have an ignition interlock device installed on your vehicle. You will not be able to start your car unless you blow into the device and it determines you have not been drinking alcohol. This requires that you pay for the device, its installation, and a monthly monitoring fee.3

The bottom line is that getting arrested for driving under the influence is a time-consuming and very expensive ordeal. It is, however, 100 percent avoidable. Just don't get behind the wheel while you are drinking or taking any type of drug. This includes any prescription medications that warn about impaired driving or any that may affect your attention or focus, or cause drowsiness.

A Word From Verywell

You can protect your health and safety—as well as that of others—by never driving after drinking any amount of alcohol. Your abilities will be impaired even if your blood alcohol content is below the legal limit.3

If you are taking any prescription or illicit drugs, it's best not to get behind the wheel, either. The laws are in place to avoid potentially dangerous situations that are far worse than a DUI or DWI conviction.