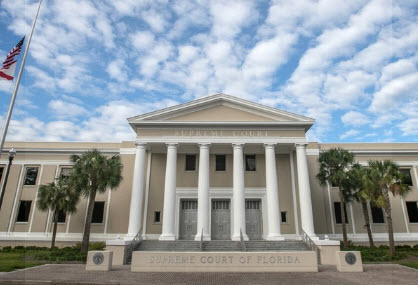 TALLAHASSEE, Fla. — The Florida Supreme Court will have another round of online oral arguments in June, after holding remote arguments this month for the first time.

The court announced Wednesday that it will hear 14 cases using Zoom video conferencing technology on June 2, June 3 and June 4. The first round of online arguments was held May 6 amid concerns about the spread of the coronavirus.

“The switch to remote technology is a major change for the state’s highest court,” the announcement Wednesday said. “For 175 years since statehood, the Florida Supreme Court always has heard arguments with attorneys and judges together in the same room. It is a tradition that dates to early English law, which Florida adopted as the basis for its own legal system when it became a state in 1845.”

Supreme Court Chief Justice Charles Canady has issued a series of orders that also have been aimed at preventing the spread of the virus in courthouses throughout the state. For example, he has suspended jury trials through July 2 and directed that many other lower-court proceedings to be held by video conference or telephone.